First established in 1912, the purpose of the American Walnut Manufacturers Association is to promote the availability and prestigious image of walnut products while fostering good forest management and raw material conversion practices which maximize the value of the timber resource. The Association is a source of information for interested individuals and landowner groups, though specifically offering support to its member firms with educational materials and guidance; the Association also acts as an advocate in support of the unique grading rules for Walnut lumber as established by the National Hardwood Lumber Association. Because the Association views its membership as the foundation for its existence, it actively seeks prospective members that share the values and common purpose of the organization.

The American Walnut Manufacturers Association got its start in 1912 when walnut mills began consulting one another to strengthen the industry. They started formally meeting in 1913 with the earliest set of minutes dated February 1, 1915. Staff was hired in 1918.

At this time the country’s hardwood lumber industry was moving from the East Coast, north into New England and the Lake States, west into the Appalachian and Central States and south through the Gulf States. Hardwoods were being selected for architectural applications, interiors, flooring, gunstocks, novelties, and household and office furniture.

Prior to World War I, supplies of black walnut were believed to be seriously drained, and the perceived shortage caused consumers to look to other species. The War Department pulled the walnut industry together in 1917 to ensure adequate supplies of walnut for gunstocks and rifle production. Before the war efforts, domestic consumers were using less walnut. A successful export market began to grow and sustained the industry.

The War ended the export of walnut almost overnight, but the domestic War demands, fueled by the use of walnut for airplane propellers and gunstocks, exceeded peacetime export requirements. When the War ended domestic inventories were up and future needs were uncertain.

The industry needed a strong market promotion program, and turned to the Association. The Association immediately started a program of personal contacts, direct mail, and advertising to promote walnut and its various uses.

Strong promotion programs developed into a successful furniture tag and label program that can still be identified today. Furniture market surveys were first taken by the AWMA. Many films and informational publications were produced and authored by the Association.

As mills continued to grow, they demanded more service from the Association. The Association then developed credit information, and statistics on stocks, production, shipments and unfilled orders. The AWMA had standard lumber grading rules that were gradually incorporated into the National Rules.

Today, the Association continues its efforts to bring national attention to the quality of walnut lumber and products and represent walnut producers who wish to maintain the walnut grading rules established by the National Hardwood Lumber Association. The AWMA promotes walnut and its various uses, sustainable forest management practices and seeks to maintain national and international markets for all fine hardwoods, especially walnut.

The American Walnut Manufacturers Association maintains offices in the nation’s heartland. We strive to bring national attention to the quality of walnut lumber and products and represent walnut producers who wish to maintain the walnut grading rules established by the National Hardwood Lumber Association. Above all, regardless of our location, we promote walnut and its various uses, sustainable forest management practices and seek to maintain national and international markets for all fine hardwoods, especially walnut, for our members. 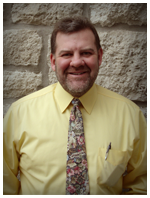 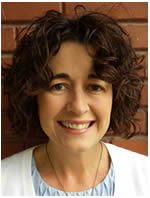 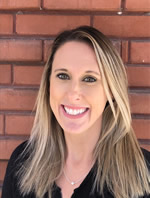